How To Mix Epic Orchestral Music

With technological development, the process of orchestral music creation became available practically to everybody who is ready to spend a little time on the conversion of DAW and Kontakt sampler. Although the manufacturers of sampled instruments did their best to make the producer’s work much easier, the question how to mix orchestral music remains relevant. Before getting down to processing details, I’d like to refer to basic concepts: the specificity of the work with virtual instruments as well as nuances you need to take into account exactly during orchestral music mixing.

So, as far as a professional team got the work on sound shaping of instruments done, focus first and foremost on arrangement and sound selection. If the sound of this exact virtual instrument doesn’t respond to your idea (it’s too subtle or, on the contrary, excessively fat), you’d rather replace it for a more appropriate one. Keep in mind that sounds in libraries have already been processed considerably with account of the library’s concept. That’s why mixing should have more technical character in order to emphasize spatial separation of instruments as well as to make disconnected sounds work as a single organic mix. As a rule, it doesn’t refer to any radical processing! So once again the arrangement is first! Exactly that builds up track sound.

The next concept is sound layering. Parties in orchestral music are often arranged for groups of instruments. For instance, a violin + a flute + an oboe or a contrabass + a cello + a bassoon, or a trumpet + a French horn + a trombone. In this way, you can achieve a rich timbre palette of a symphony orchestra. As a new instrument is in fact being created along with this, you need to process it as a single multilayered instrument. You should apply processing of separate layers only as a final stroke if the processing of the group didn’t give you 100% of your desired result.

Next. Classical music mixing differs conceptually from the work with many contemporary genres in which instruments are static, metaphorically speaking. It’s enough to select processing for each of them, and it doesn’t change from the beginning of a song till the very end. While working with orchestral music, you should set your mind on abundance of automation at once since constant evolution of a sound picture and flowing of instruments from foreground to background and back are the basis of the genre.

Now directly about how to mix and master orchestral music.

This is the most powerful and important tool in your hands. Exactly volume and its automation specify 95% of work character. First, build draft balance of instruments; it will be a starting point for further work. Then listen to the work from beginning to end attentively and make for yourself a note of the moments of tension climax and drop, especially emotional fragments. Now with help of automation, enhance dramatic effect, emphasize crescendo and diminuendo with volume envelopes. 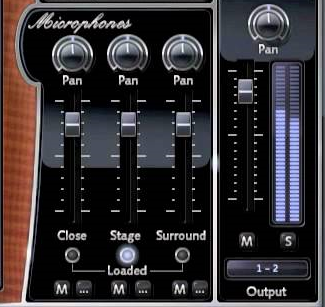 When you create symphony virtual instruments, sounds are often recorded with natural reverberation of the room at once. Some libraries even allow you to combine up to three positions of microphones (Close, Surround and Stage). So you’d rather achieve a desired spatial effect at the arrangement stage at once. Strictly on the basis of technical considerations, the sound of digital reverberators differs from natural reverberation of concert halls drastically, and when you add such reverb, you will nevertheless feel that it’s non-native.

If you still decided to add some spatial processing, you’d rather apply convoluted reverberators. The impulses used in them are copies of real rooms and will suit much better at mixing of orchestral music.

The use of compression during mixing of orchestra created with virtual instruments has more chirurgical character. We indeed deal with sampled instruments whose dynamics is easily controlled through MIDI, and it was already equalized at the recording stage before hand. So the compression is worth applying:

- in order to separate instruments in the space; my favorite technique is subtle compression with maximum value of Knee to place sounds on the background more reliably; release is still minimal, gain reduction is around 1–2 dB;

- to give specific character; as a rule, it is used for instruments of the middle ground in busy mixes to prevent them from getting lost among other sounds; for this purpose, aggressive compressors like Distressor or Lindell 354E are often used;

- for overall mix gluing on a master channel; here, compression should be maximally unnoticeable; Ratio is equal to 2:1, Attack is 200–300 ms, short Release, Gain reduction is 0.5–1.5 dB.

At once I want to draw your attention to frequently met mistake – Low Cut filtering. The sounds of virtual symphony instruments have already been processed including Low Cut EQ. Additional cutting of low end will sooner do harm and make their sound fine and sharp. In most cases it’s unnecessary, so think twice before taking on Low Cut Filter.

Apart from that, equalization during mixing of epic orchestral music pursues two goals:

- to remove frequency conflicts (as a rule, in low end and low mids); For these purposes, you’d better use linear-phase digital equalizer. Cuts should be done withvery narrow bands;
- to give more character and color to an instrument. For this work, you can also use a digital equalizer. If you need saturation in addition, so emulations of vintage equalizers will work out excellently. In both cases, the frequency enhancement should be not more than 3 dB.

- WHAT IS MID SIDE PROCESSING

- ADDING DYNAMICS TO A MIX IN 1 STEP

I’m categorically against using stereo expanders during mixing and mastering of orchestral music. All what they can give is phase distortion and the loss of mono compatibility. Arrangement and panning are your best assistants in elaboration of a stereo image. Select one instrument at a time (as a rule, of middle ground) that will indicate mix breadth and pan it to the right- and leftmost position. By making one of them louder than another one you will enhance difference effect of channels sound (exactly this difference gives our brain the sense of breadth), consequently, subjective mix breadth as well. 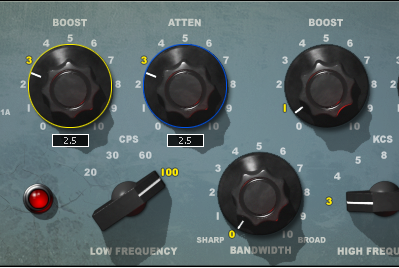 Here, at last, you can apply Low Cut filtering. Radical values aren’t required. It’s sufficient to cut sub low in a Mid Channel in the range of 20–30 Hz (cutoff slope is 12 dB per octave) and clean out Side Channel from unnecessary side tones of reverberation with another filter in the range of 80–120 Hz.

The next stage I often use is PuiqTec EQP1A from Waves that gives juicy sound to mid frequencies. Its own saturation plus small cut in low mids and slight enhancement in the range of 3–8 kHz are all I need from it.

There’s Revival that works out well for much warmer mids. It’s a free but perfectly working exciter from Steven Slate. It’s sometimes enough just to put it on a master channel without additional settings to get a desired effect.

When you achieve the necessary color of the final mix, it remains to glue it with a compressor – I told about its settings in details in item 3.

And the limiter finishes the mastering chain. As live dynamics for orchestral music is above all, the limiter’s goal is just to equalize mix dynamics a little by restricting excessive peaks.

To sum up, I’d like to point out that the main thing in the process of mixing and mastering of epic orchestral music is the principle “do no harm”. When you work with sampled instruments, you handle sounds already prepared to a good quality. When the arrangement is sensible, they already sound like a finished work. And your goal is first and foremost to emphasize the dramaturgy of the work with volume automation and to shape sounds barely noticeably so that they can work as a single mix.