How to Mix Rap/Hip-Hop Vocals Professionally: Compression, EQ and De-essing

If you missed it, please read this article Part 1 - How to Mix Rap and Hip-Hop Vocals: Preparation.

So, we’re going on with how to mix rap and hip-hop vocals. In this part, we’re going to consider types of compression and equalization and the use of de-essing techniques.

Since vocals in rap and hip-hop music first and foremost take on a rhythmical role, you should avoid fast attack times during compression. The compressor, which works out too fast, will suppress practically all transients. And the voice will lose its energy and expression without them.

Another peculiarity of rap vocal mixing is the necessity of its “just in face” sound. The processing has such an effect when Ratio is maximum so that the compressor can actually work like a limiter but still give desirable density and color.

For this purpose, Attack can vary from 5 to 20 ms, Release is minimal as a rule. I rank this type of compression peculiarly with the use of vintage emulations as artistic. Its work is heard as sound saturation and its obvious density increase.

Besides artistic, there is technical compression that allows you to equalize dynamics discreetly and to make the work of the consecutive compressor easier. It’s the same vintage compressor that carries out the main flourishing work! Here, any digital compressor will suit. You can use a stock plugin or another that is appropriate personally for you! Ratio is equal to 2–3, and average Attack and Release time is exactly what you need to get vocals ready for main compression soft and discreetly.

An important tip: during mixing it’s not always necessary to apply two compressors! If the record was made with the use of a hardware compressor or its dynamics in principal suits you, it’s possible to do with one stage compression.

And, definitely, parallel compression is probably such a method that can be named binding for professional mixing and mastering services practically of any genre as it allows vocals to cut through music while still preserving natural un choked sound. 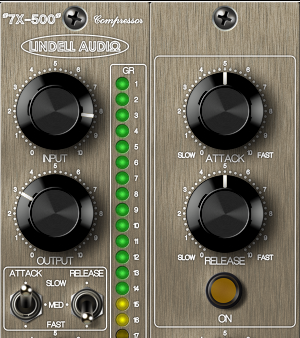 As far as not only just well audible but also dynamic vocals are required, I don’t often use ratio over 4:1 during parallel compression. I also almost always start with a maximum attack and the shortest release time on my favorite CLA-76 and Lindell 7X-500; these settings have never failed me. Then I squash vocals and mix this signal to unprocessed one until I feel that the voice is stably sitting in the mix. In order to enhance the effect, sometimes you should increase release time.

Many engineers even go much further and send both signals (main and flattened) to AUX bus where they compress them a little again. I don’t think that this technique can become binding for hip-hop vocal mixing, but it’s still worth knowing about it.

While replying to the question how to equalize vocals in rap songs, I would first of all consider an equalizer as a surgical instrument for a fine setting. If vocals are recorded with an appropriate microphone in an acoustically prepared room, you don’t need any complicated equalization in principle!

It’ll more often be necessary to just boost high mids with bell curve a little or to give more classiness by enhancing top end with shelf EQ. When you apply emulations of vintage equalizers for this purpose, you also add color due to saturation in processing chains of a device. 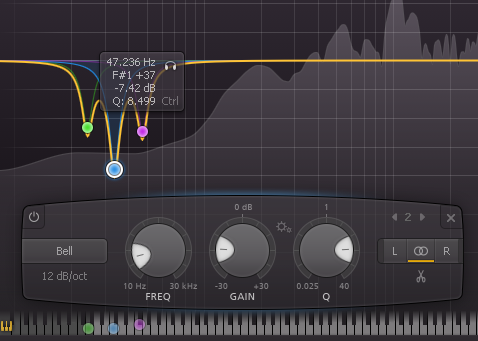 Low end equalization deserves particular attention. Everybody heard about the recommendation to apply high pass filtration of vocal tracks in the 80–120 Hz range as musical value of this frequency content is small. Yet it’s a recommendation but not an appeal for an action! If vocals were recorded in a quality way (by the way, many microphones have a built-in high pass filter at 80 Hz), and it is organically sitting in music, ill-considered filtration will only make it weak.

But if you are a perfectionist like me, I could advise you the next tip on vocal mixing: make 1–3 cut-outs with bell EQ in the 55–140 Hz range.

The bandwidth isn’t very large; the value of Q parameter is in the range from 12 to 5. It depends on a precise material whether you should use this “surgical” equalization before or after compression.

Watch out, this technique isn’t the same as high pass filtering at all. There is indeed no way around sub low frequencies, we just correct their balance a little by shifting focus on upper mids automatically and achieving subjectively much cleaner sound.

- HOW TO MIX RAP VOCALS ONTO AN INSTRUMENTAL

- How to Mix Rap and Hip-Hop Vocals: Preparation

- How to Mix Backing Vocals Wide

- How to Mix Vocals with Music Better in 1 Minute

- How to Record Vocals on Cell Phone

Such situations when I don’t use this processing in principal happen extremely rarely. If the artist’s performing technique is at its best, and there aren’t powerful esses and eshes bursts in the record, I leave sibilants without processing to preserve voice’s expression and sound roughness that has become a norm during rap and hip-hop vocals processing.

But it’s sooner an exception. At least small sibilants processing is often necessary. As I’ve already said, I’m a perfectionist and adore a total control over a sound. That’s why I often use a multiband compressor for de-essing. It especially helps me out with the work with too essy records. In such a case, I turn on Knee parameter to a maximum and attack to a minimum so that the compressor can react to sibilant bursts immediately. The advantage of the multiband compressor is also in the possibility to apply individual settings to control esses and eshes.

I hope you’ve liked these tips on rap vocal mixing. To sum up, I’d like to focus on the following: any processing described above or an exact technique isn’t 100% binding. While studying audio processing, the most important skill for you is the ability to hear and evaluate a situation. The processing itself isn’t crucial but the key aspect is to know when, which and how much to apply… Or not to apply at all!

If you liked the article and looking for the engineer to polish your up coming project, please learn EKmixmaster's affordable mixing pricing.